10ZiG's Insight Into Windows 8! What is All the Fuss About!? 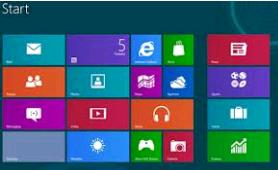 Viewed as a failure to some and a success by others, the release of the Windows 8 Operating System has caused quite a stir among the computing world since it hit the market in October. The two sides are separated by one of two ideas; Microsoft will mark its demise with this OS, or others who believe that Windows has opened the doors with this release and provided a stepping stone to the future of desktop computing. Either way you view it Microsoft has clearly aimed this OS to improve its position in the world of mobile computing (tablets, laptops, phones). Will trying to focus on the mobile aspects and applying it to all Windows 8 platforms end up helping or hurting Microsoft?

Windows has always dominated the personal computing world, but with the release of Windows 8 a touch screen optimized, and tablet-style formatted application desktop menu a lot of people have begun to lose hope in their talents. The top reasons that the OS is predicted to fail by those who think it will are as follows:

Windows 8 is the highly anticipated new operating system by Microsoft, which for some has been viewed as a revolutionary step for Windows. Unlike those who view Windows 8 as the new Vista (a failure), there are those who favor this new operating system and are highly impressed with Microsoft's out of the box approach to the creation of this OS. Containing a tablet like interface this OS, though thought as difficult to use, may be easier to use for the younger generation who tend to have more experience with mobile OS's, and modern tablet/touch screen capable platforms (such as the iPad, Nexus, Acer, HP ect.). This Operating System would be ideal for people who have or want to have touch screen capability, due to Windows 8 improved compatibility with touch screen monitors. On the tablet version of the OS it performs marvelously with the icon style desktop, everyday usage such as social networking, web browsing and gaming is made all the easier. It has enhanced dual monitor support for those who need, it contains a faster boot time and more enhanced security features than its predecessor. People like that it offers Windows To-Go, which is a loadable thumb drive that stores your Windows 8 Desktop onto so you can use Windows 8 where ever you go! 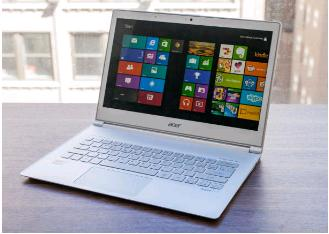 Failure? No. Niche market specific? Yes. Windows 8 has had a lot of positive and negative speculation about it thus far. There are those who think that it has shown the demise of Windows, others saying that it is the revolution of the modern day PC. Personally I agree with both sides of the fence. I agree that Windows 8 is not a complete failure or that it going to be overtaken by Linux due to Linux' complexity, but I too do not think that its release was imperative right now. I think that the OS is for a portion of the IT world that deals with mobile and touch screen products. In my eyes other than that and the USB 3.0 support the only differences from the fully functioning Windows 7 is the touch screen advanced capability, and mobile application style interface. Do I think everyone is interested in this? No, but there is definitely a market for the system, the need for touch screen products has been on the rise for the past few years, the question is, would this be more geared towards at home usage or will it find its space in the workplace? I think that it has potential to grow into a powerhouse such as the Windows 7, but being that the IT world is slow in transitioning to new systems I think that it might take a few years to fully shine.