What is a Thin Client? And, How Did it Begin? 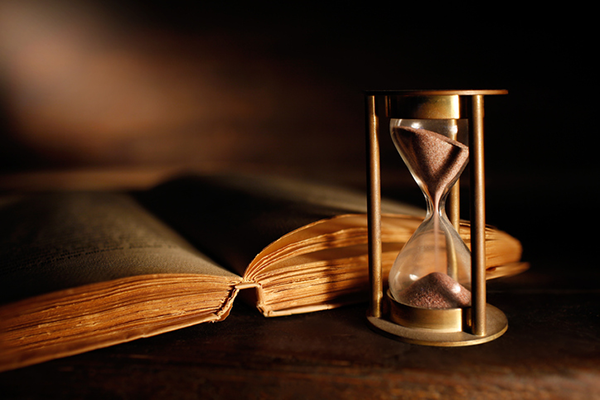 The History of Thin Clients

There are times when technological innovation comes full circle. While the rise of the Thin Client may be a relatively more recent phenomenon, the basic principle of using a single machine to support workloads from multiple users takes us back to some of the earliest computers, well before the personal computer (PC) or even the graphical user interface (GUI).

How did we get where we are now?

In 1993, Tim Negris, Vice President of Server Marketing at Oracle, coined the term “Thin Client” as a way to differentiate his company’s server-oriented products from Microsoft’s desktop-oriented software. Fast forward to today, and adoption of Thin Clients and Zero Clients is skyrocketing, especially among enterprise users in the wake of the Covid pandemic.

But let’s go back to the beginning…

Time-Sharing – From the Mainframe to Unix to Unix-Like

Our story starts in the 1960’s, during the mainframe era. Compared to modern technology, these computers from IBM and GE were quite primitive, but for their time, they were groundbreaking high-tech. And, while their user-base was confined to specialists – engineers and academics – companies who wanted to get the most out of their investment needed a way for multiple people to use them simultaneously.

It’s here that we see the “dumb terminal” – the first instance of a Thin Client. This device used a serial connection to send keystrokes to the mainframe and then displayed the results, with almost no computing power on the terminal itself. However, these early mainframes could still only process one job at a time.

Around this same time, researchers began to work on operating systems capable of time-sharing, which allows users to share resources and for the computer to multitask. The culmination of this work came in 1969 from a group of computer scientists at Bell Labs, including Ken Thompson and Dennis Ritchie – Unix was born. In addition to features like modular design and portability derived from the C programming language, time-sharing proved key to the rapid spread of Unix among research institutions and enterprises.

As Unix itself continued to grow and evolve, developers also began working on derivatives, also known as “Unix-like” OSes. The next major revolution would arrive in 1991 with Linus Torvald’s release of the Linux kernel. This free, open-source software, when combined with packages like the GNU Compiler Collection (GCC) and the X Window System, shifted the paradigm for time-sharing, especially for businesses who could now drop their expensive Unix license in favor of one of the many Linux distributions that began popping up the 1990’s. Today, Linux is the world’s most prevalent operating system, running a majority of the world’s web servers, mobile phones, embedded devices, and an increasing number of desktops.

You might also be surprised that Mac OS is also a Unix-like OS. Drawing from FreeBSD, a Unix-like OS from UC Berkeley, Apple’s proprietary OS may be heavily modified for XNU architecture, but it still relies on its Unix roots for its POSIX application programming interface and, like Linux, continues to feature the Bash shell alongside more modern derivatives like the now-default Zsh. 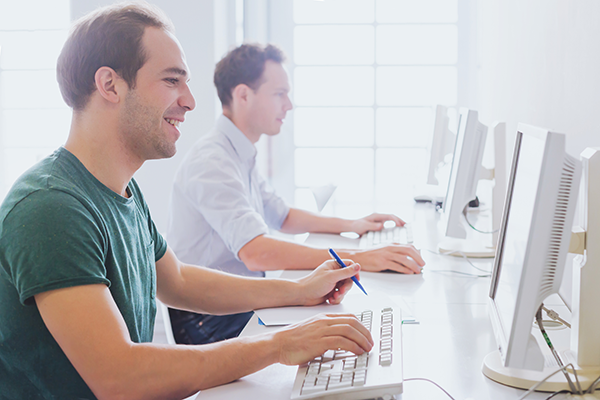 The Rise of Virtualization and Then, Virtual Desktop Infrastructure

Time-sharing may be the conceptual genesis for Thin Client history, but the history of virtualization is the technological origin story. Virtual machines serve a similar purpose to time-sharing – allowing more than one person to the same computer at once – but they’re much more efficient since they are able to share system resources instead of splitting them equally. They’re more dynamic, and they offer better security by partitioning users off from each other.

Sun Microsystems released one of the first instances of virtualization in 1995. The project was called Java. Still one of the most popular programming languages, Java allows developers to write a program once and then run the application on any computer with a Java Run-time Environment (JRE). The JRE has many components, but the most important is the Java Virtual Machine. Every Java application runs inside it, and it functions analogously to a small operating system.

The next innovation came in 1997, when Apple created Virtual PC. Sold through a company called Connectix, this software enabled Mac owners to boot Windows through a virtual machine to get around software incompatibilities.

Then, in 1998, VMware released VMware Workstation. This development, alongside their release of their ESX Server and GSX Server hypervisor products in 2001, would go on to define virtualization technology for the coming decades. VMware is now the world’s largest virtualization company.

Everyday users could now access a virtual desktop via a Thin Client endpoint. Just like with the mainframes of yore, Thin (and Zero) Client users share the time and resources of a powerful, centrally-managed computer. IT may have seen lots of changes over the past several decades, but at least in this way, we’ve come full circle.

The history of Thin Clients may be as long as the history of computing itself, but this story is just beginning. 10ZiG is a leading Thin & Zero Client endpoint hardware and software provider for VDI, Cloud, DaaS, and SaaS. We provide leading Intel and AMD based, Dual and Quad Core Thin & Zero Clients for VMware, Citrix, Microsoft, and other environments. 10ZiG offers free, no-obligation demo devices, best-in-industry Technical Support teams based in the U.S. and Europe, and provides for FREE, Cloud-enabled “The 10ZiG Manager™” centralized management software with unlimited user licenses. Get your free demo at sales@10zig.com or sales@10zig.eu or just click here > FREE demo.